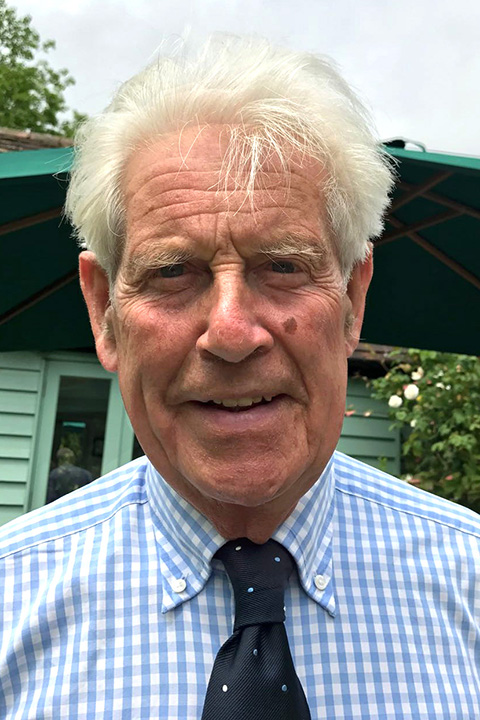 Born in 1936 ,Christopher Melluish was educated at Rossall School in Lancashire UK, and then under National Service was commissioned into The Kings Shropshire Light Infantry serving in Kenya towards the end of the Mau Mau rebellion and in Bahrain at the time of the Suez crisis. From 1957-1960 Christopher studied classics at Cambridge University, starting at Lazard Brothers and Co Ltd, merchant bank, undertaking graduate training. After moving through various departments of the firm he settled in the Private clients investment melange division where he looked after many portfolios and trusts for high net worth families. Christopher became head of department and a director of the Bank before retiring in 1996. Christopher immediately became involved in much charitable work always as a volunteer, starting as Hon Treasurer of the National Gardens Scheme for the statutory 9 years and Chairman of the Hertfordshire Gardens Trust for 17 years. Christopher remains involved with both organisations but also serves on the Development Committee of the Anglican Centre in Rome, is an honorary committee member of Art for Youth, a fund raising activity of The charity UK Youth, a member of The Lambeth Fellowship which supports the Archbishop of Canterbury, a Trustee of the St Albans Abbey Music Trust, Chairman of the trustees of Future Living Hertford, a growing addiction centre, while he is still a trustee for several well established family trusts. Christopher has been a non-executive director of Plant for Peace for several years.